10 Interesting Facts About the Great Migration

The Great Migration is one of the most spectacular wonders of the natural world! Every year, millions of herbivores move roughly clockwise throughout Tanzania’s Serengeti and Kenya’s Maasai Mara, following the rains in search of green pastures and good water. Here are some things you might not know about this incredible event:

1. The Great Migration is made up not only of 1.5 million wildebeest, but also 200,000 zebra, and smaller numbers of Grant’s gazelle, Thompson’s gazelle, eland and impala. 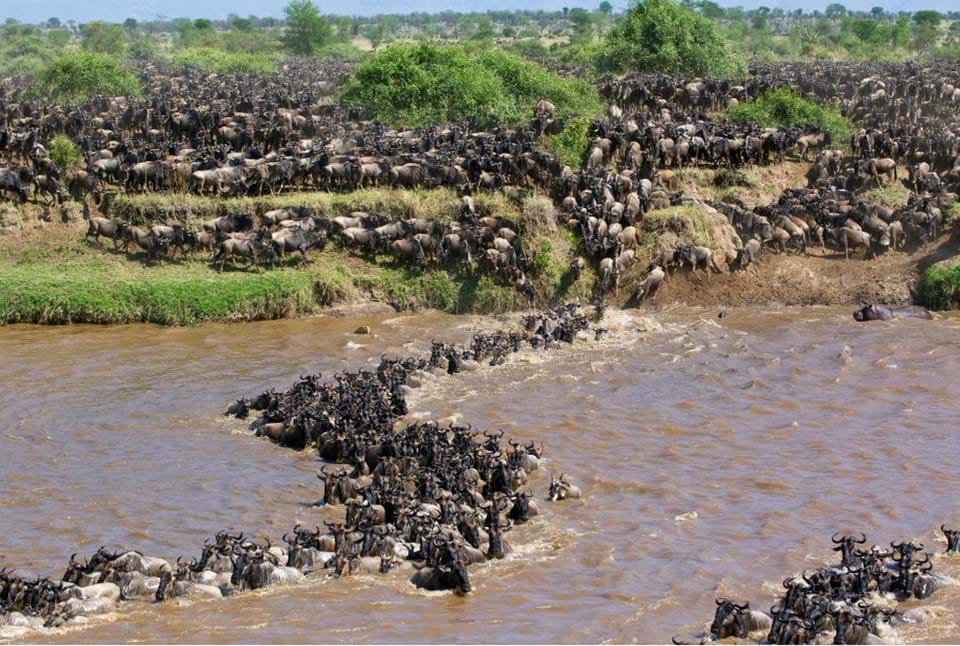 2. Half a million wildebeest calves are born each year in the Southern Serengeti at the start of the yearly migration cycle, between January and March. Most are born in mid-February, when approximately 8,000 wildebeest are born every day for about three weeks. They are able to walk as soon as they are born, so they can keep up with the herds!

3. The Great Migration is the longest and largest overland migration in the world. The herds travel a total of 500 miles (800km), or more, during each cycle.

4. Wildebeest have no natural leader and therefore herds split up and head in different directions. The Great Migration and its progress are usually thought of as one mega-herd, surrounded by a number of smaller herds. Maps showing the path of the migration usually show the cyclical route of the mega-herd, but if you were to include the smaller herds then the whole migration can often cover half of the entire Serengeti! 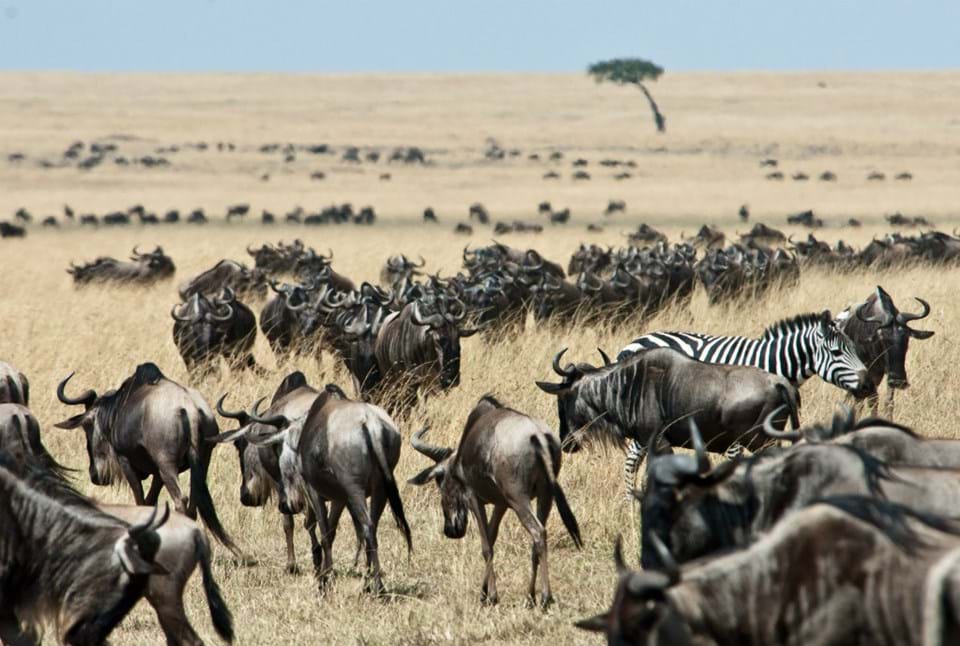 5. While having the appearance of a confused frenzy, recent research has shown a herd of wildebeest possesses what is known as ‘swarm intelligence’, where the animals systematically explore and overcome an obstacle as one.

6. Zebra and wildebeest graze in harmony together because they each eat different parts of the same type of grass. 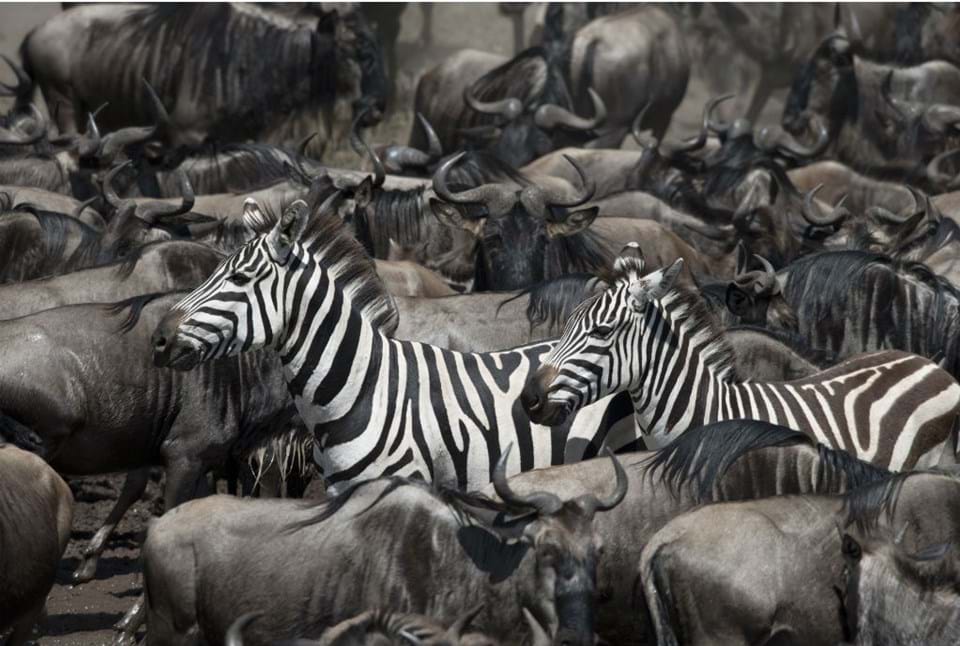 7. The Great Migration is a natural phenomenon that only started in the 1960s.

8. The migration kills off around 250,000 wildebeest and 30,000 zebra every year. This is the result of predation by carnivores, but also thirst, hunger, exhaustion as well as crushes and drownings in stampedes of nervous animals. 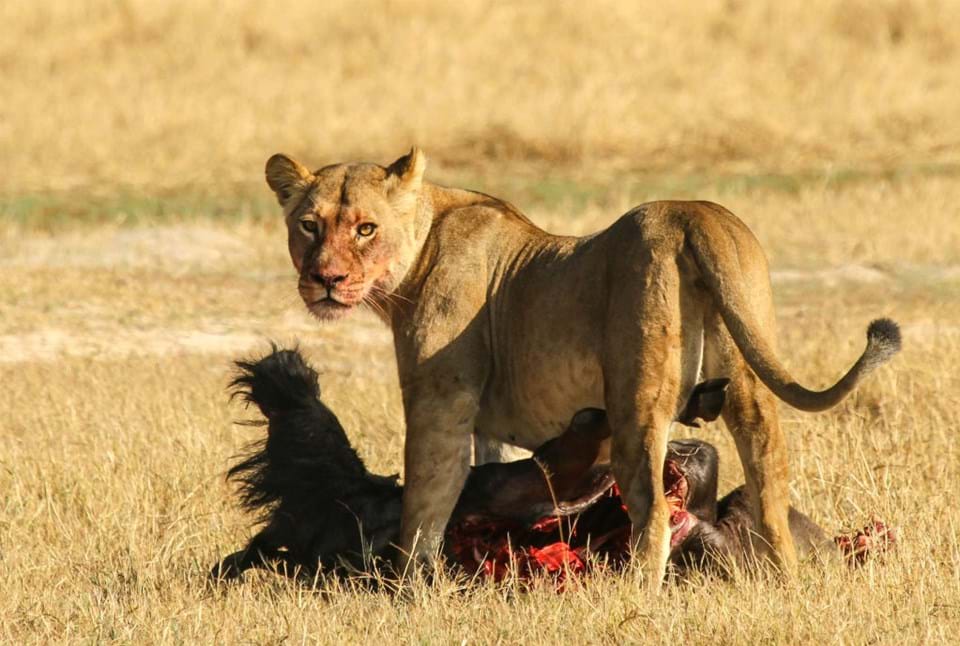 9. There are more than 3,000 lions currently living in the Serengeti ecosystem… and following the migratory herds!

10. The Nile crocodiles awaiting the herds in the Mara River are deadly predators. They drown their prey by clutching them in their strong jaws and pulling them below the water, twisting them to break off bite-size pieces! A crocodile can lunge more than half of its body length out of the water to grab a potential victim and can also use its tail as a secondary weapon. 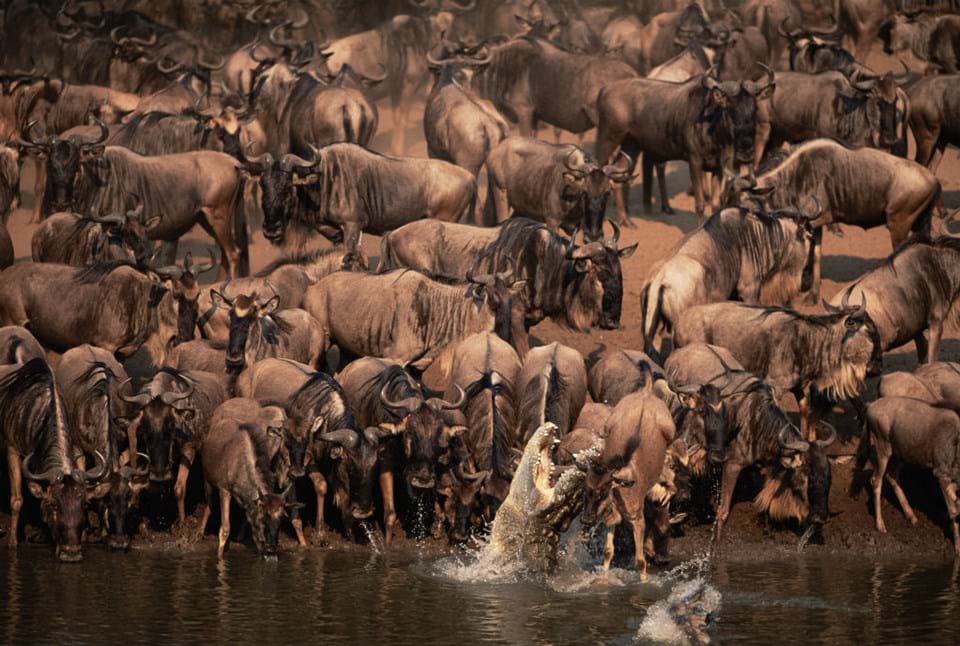