We are involved in a broad range of charity projects, both throughout the continent and at home in the UK.

Yellow Zebra has been heavily involved in charity work since the birth of the company. It is something we are very passionate about.

We work with ethical companies, including safari operators and property managers who do their utmost to advance conservation in the areas where they do business. Conserving an area naturally leads to an improved quality of life for its communities, two- and four-footed alike.

Moreover, we guarantee that the costs of park fees and conservation or community permits included in our trips are paid directly to the parks themselves. To date, we have raised over £287,000. However, we believe that both working with ethical companies and paying fees directly to parks should be standard practices for all safari tour operators. That’s why we have always given a little extra – and we would encourage others to do the same.

What Yellow Zebra has contributed over the years:

2020: During a difficult year, the Yellow Zebra team got together digital to take part in raising funds for much-needed causes. For PAMS Foundation, Yellow Zebra raised £7,397 between April and July, after an increase in poaching occurred because of COVID-19. In August, the YZ team got behind Ride4Rangers, a fundraising and awareness campaign supporting Africa’s rangers. The YZ team cycled, ran, walked, and rowed over 4,200km in a bid to raise funds, totalling £5,541 that was doubled by match-funding.

2019: Yellow Zebra continued with its support of several charities, including the David Sheldrick Wildlife Trust (£3,765), Project Playground (£4,785), and the PAMs Foundation (£6,895). YZ also made an effort to improve the local communities around its headquarters in the UK. This included volunteering at homeless support centres, litter picking around town streets and riversides, and planting gardens to help increase bee populations and improve the cityscape.

2017: £9,000 raised for Project Playground, South Africa; continued support of Team Rokka, now part of PAMS Foundation; and the adoption of orphan elephants at The David Sheldrick Wildlife Trust on behalf of our visiting clients

2013: £8,000 raised for Macmillan Cancer at a legal dinner in London; 40 children sent to school in Africa through our One to One campaign 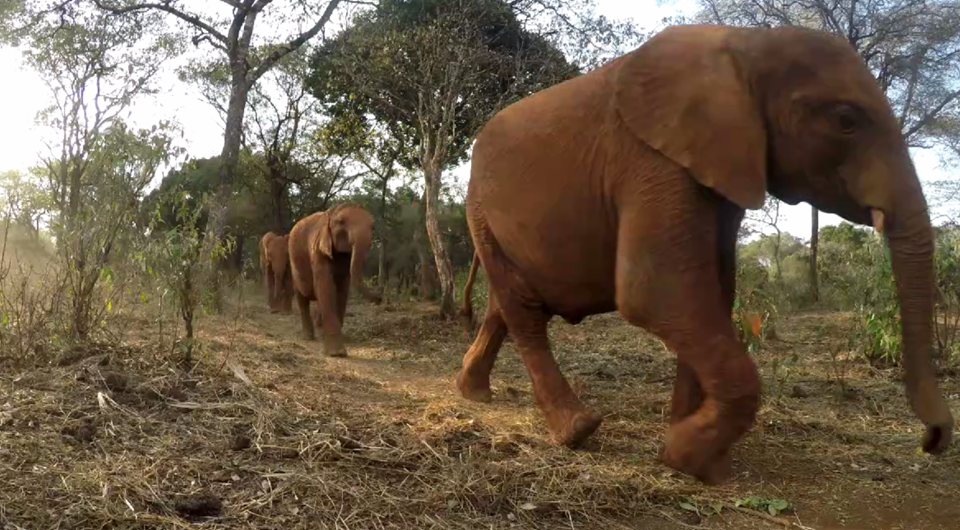 No matter how many times we venture into the bush, we will never get bored of seeing elephants. Unfortunately our favourite animal is being poached at an alarming rate – one is killed every 15 minutes. That’s almost 100 per day.

Established in 1977, the David Sheldrick Wildlife Trust aims to hand rear orphaned elephants and to rehabilitate them back into the wild. As well as raising these orphans, the Trust operates five fixed-wing planes and two helicopters that patrol daily to deter illegal activity and, when needed, to provide an immediate response to incidents of poaching. These operations are carried out alongside 10 ground anti-poaching teams and a canine unit.

Since 2016, we have adopted almost 100 orphan elephants on behalf of our clients wishing to attend the special visiting hour, which is reserved for foster parents only. If you'd like to foster an elephant with a donation or visit the elephant orphanage, please get in touch with The David Sheldrick Wildlife Trust directly or simply let us know and we can arrange this for you. 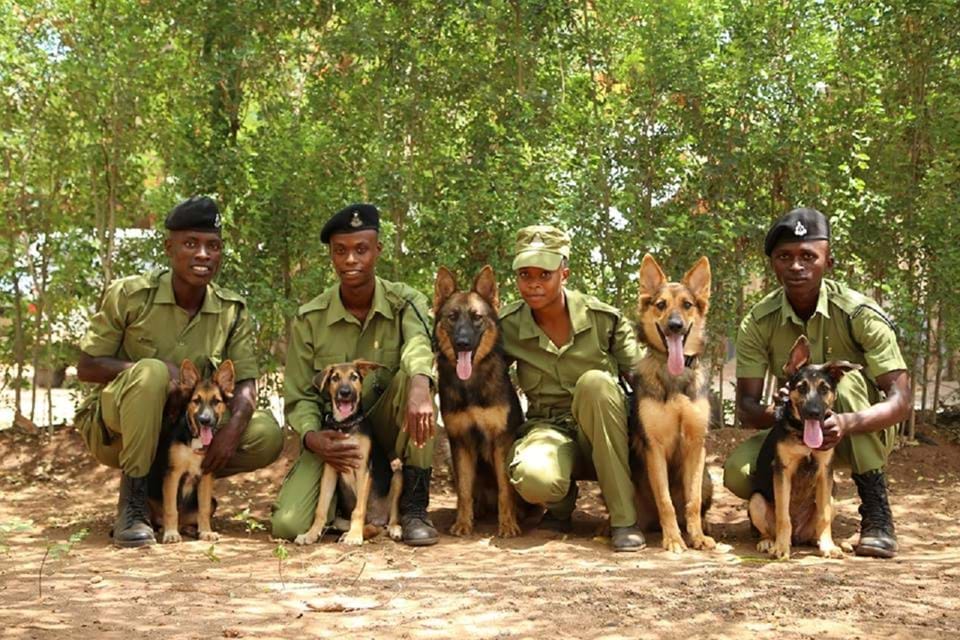 At Yellow Zebra, our team of experts includes professional safari guides, ex-camp managers, and specialists who were born and raised in Africa. The continent really is our second home, and we believe its wildlife should be treasured and protected. That’s why we’re passionate about addressing Africa’s most pressing wildlife crisis: poaching.

Since 2015, YZ has been proud to support the Dog Detection Unit in Tanzania with the PAMS Foundation. As of 2019, this project spans the entire country, with the dogs sniffing out ivory, drugs, firearms, and the world’s most trafficked animal – the pangolin – at Tanzanian airports and ports. What makes this dog detection unit unique is that it’s the first unit, not only in Tanzania but in the whole of Africa, whose canines are trained to detect pangolin.

The unit started with financial assistance from PAMS, America, and dog training from a Finland-based non-profit team called Rokka. Since then, it has developed its own training programme in Tanzania, enabling locals to become handlers and instructors. This has raised awareness of poaching issues and is bringing about monumental change in attitudes towards poaching for the benefit of future generations. The PAMS supported Dog Detection Unit truly is an outstanding project.

As our company grows, we are able to expand our charity efforts to include not just wildlife support but also community development. We are now proud Corporate Friends of Project Playground.

Project Playground is a non-profit organisation aiming to improve the life opportunities of children and young people. It began operating in South Africa’s townships in 2010. The vision is a safe world, where every child grows up with a belief in the future and the possibility of leading the life he or she desires. To achieve this, Project Playground seeks to inspire, motivate, and engage children and young people to access their inner strength and potential through organised social activities and sport with a focus on the individual.

The organisation believes that meaningful spare time builds self-esteem, ambition, and power of action; these are all excellent life tools. It aims to realise dreams, create employment, and provide great role models. It suggests that, only when you care about your own life and expect a bright future, are you able to break destructive patterns and overcome exclusion; and that these achievements resonate throughout South Africa as a whole.

One to One Campaign, Malawi 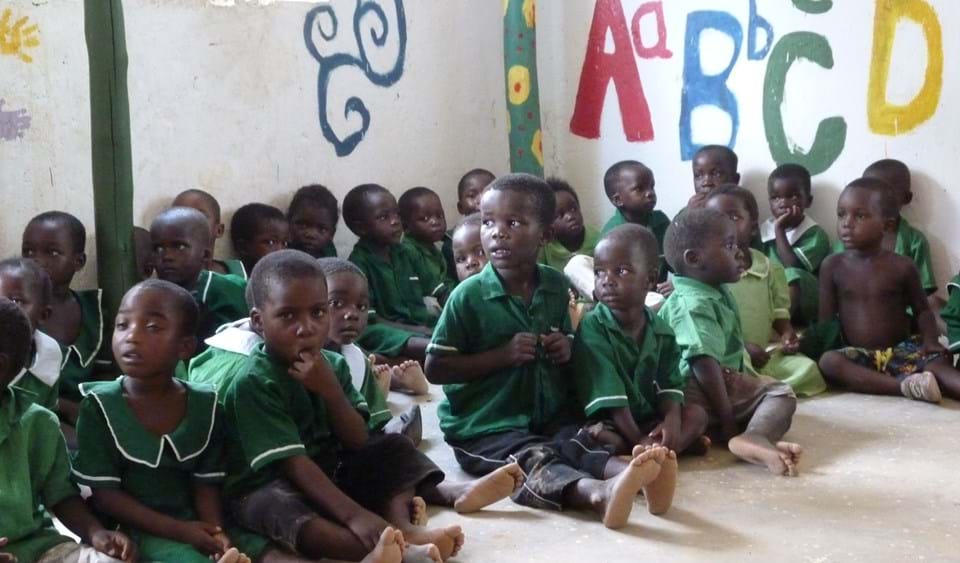 From the beginning of Yellow Zebra, we guaranteed that each holiday we sold would pay for a child’s education for a year and so we supported a school in Malawi. The donated funds have amounted to the equivalent of sending approximately 150 children to school.

In 2013, it became apparent that our donations should be used in whatever way the school needed to use the money. In 2014 our funds were used to help build a dormitory, while 2015 saw our donations going towards a block of showers. In 2016 our donations supported the charity's goat project on Likoma Island, whereby 12 villages now have goats that will greatly improve the lives of the families on the island. Yellow Zebra helped send over 150 children to school and improved their quality of life not only with an education but also with improving their living conditions and access to clean bathroom/shower facilities.

Pack for a Purpose

Many of our clients from around the world are always eager to help the communities they visit. From the beginning, YZ has championed the Pack for a Purpose initiative, specifically the donation of supplies to schools in villages that are close to the places our clients visit. Children are always in need of the essentials, such as toothbrushes, toothpaste and soap. While candy is a nice treat, it doesn’t benefit the youngsters in the long run, as many do not have access to adequate dental care. However, school supplies – for example, chalk, pencils, solar calculators, English dictionaries and notebooks – are always appreciated. A large number of our suppliers (especially in Tanzania!) support community projects, and we are always happy to recommend these to clients wishing to visit schools and communities.

We raised £12,000 for CLEFT via a charity climb up Mount Kilimanjaro. CLEFT aims to research the unanswered problems in improving care for children who are born with a cleft lip and palate, supporting teams in several poorer countries. One of our founders sits on their Board of Trustees.

In 2013, we held a legal dinner in London and raised £8,000 for Macmillan Cancer. This charity provides practical, medical, and financial support for cancer patients. It also strives for better cancer care.

If you would like further information about our charity work, please contact Catherine - our Head of Charity Operations - or any member of our team.