The Wildlife of Botswana

We love the contrasts here – the wetlands in the north versus the drier areas towards the central parts. Both zones are well worth a visit, and a vacation combining the two is simply fantastic!

That best region is, of course, the Okavango Delta, a big basin full of river water that provides sustenance for wildlife all year round. Unsurprisingly, the Delta is home to all Big Five species – lion, rhino, leopard, buffalo, and elephant! In the eastern area of the Delta and considered the jewel in the Delta’s crown, the Moremi Game Reserve boasts the Big Five too. 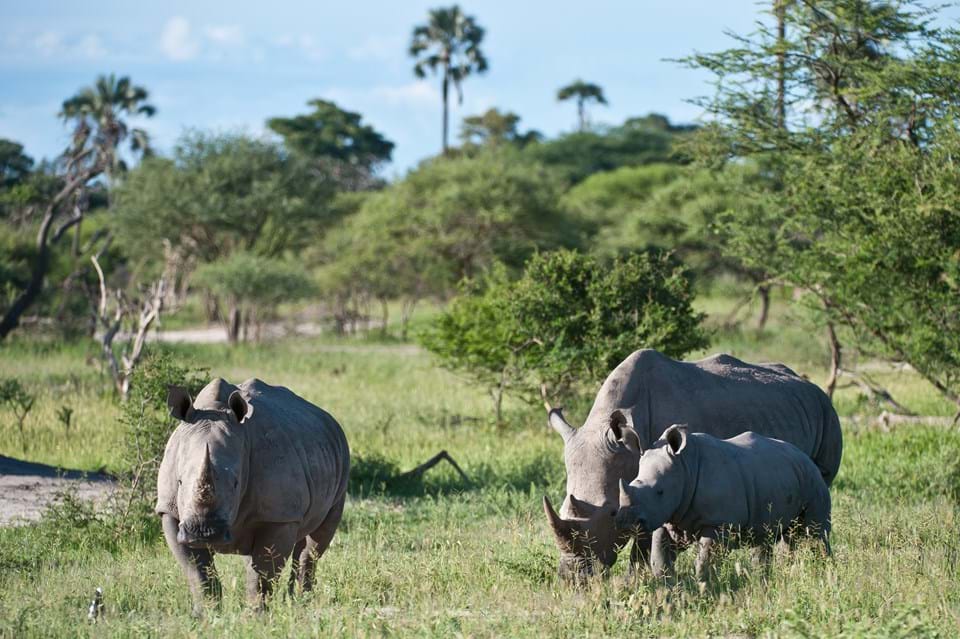 Other safari areas we sell here are home to the ‘Big Four’. The Linyanti region, Chobe National Park, and, during its wet season, The Pans contain all Big Five bar rhino. The Central Kalahari Game Reserve has just lion and leopard, but, especially for the seasoned safarists, this area’s spectacular scenery more than makes up for its relative lack of big game! 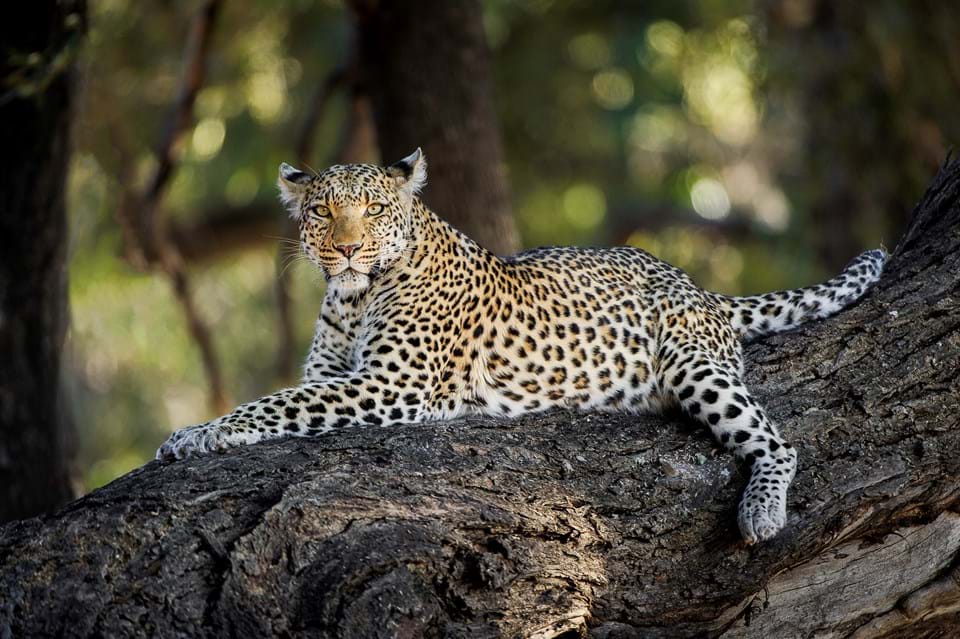 In fact, the Central Kalahari receives a special mention for its beautiful black-maned lion. The Delta is famous for its gruesome clashes between lion and buffalo, while Chobe gets a mighty thumbs-up for its abundance of elephant. If you love the grey guys, a trip to this national park will suit you very well indeed! 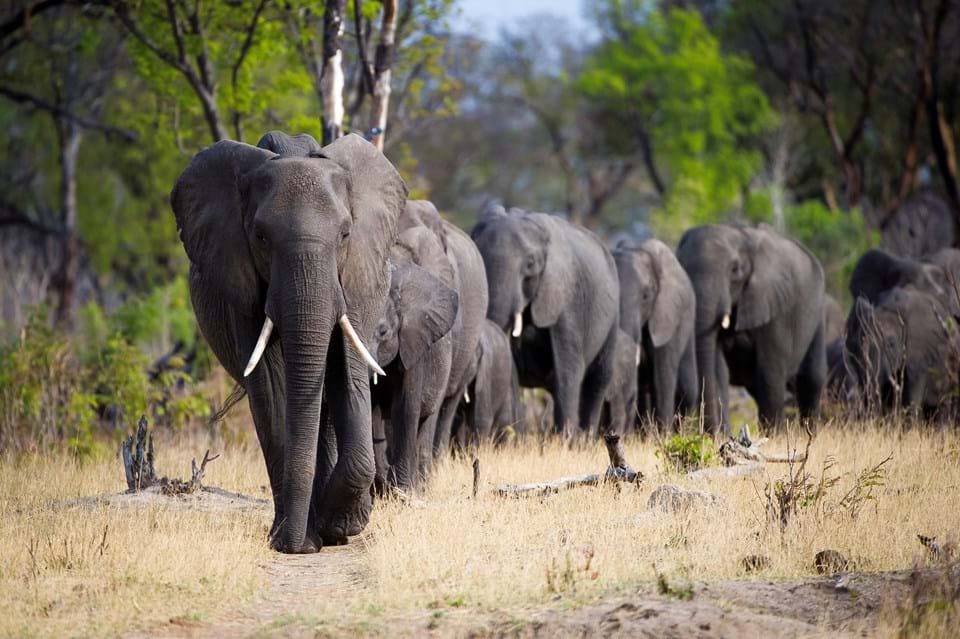 The northern safari areas contain plenty of herbivores, so the big cat counts are impressive too. As well as lion and leopard, there are speedy cheetah, serval, caracal, and occasionally visitors spot the rare African wild cat. If you are more of a dog person, you will be pleased to learn that the same areas contain wild dog, in addition to bat-eared fox, black-backed jackal, and side-striped jackal! 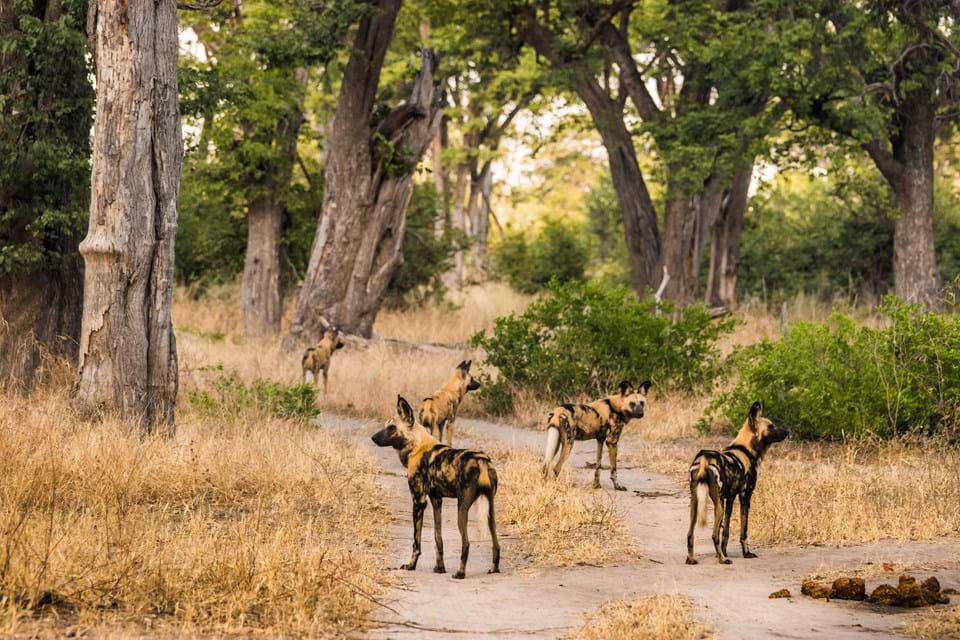 Hyenas are also well represented in this part of Botswana. Both brown and spotted types are commonly seen, and the Delta is home to the aardwolf also. This insectivore is nocturnal, as is another member of its family, the civet – if you are keen to see aardwolf and civet, be sure to mention this to one of our team, so they can recommend camps and lodges that offer night drives! 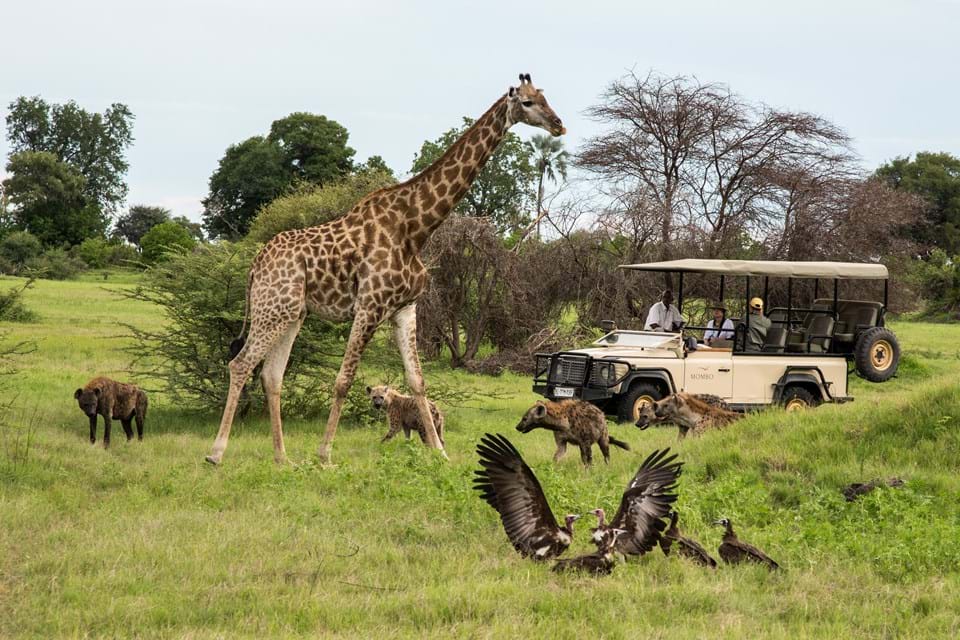 Moving to the herbivores, the Delta, Moremi, Linyanti, and Chobe regions have solid numbers of wildebeest, zebra, giraffe, and warthog. Known as spiral-horned bovines, as they are related to cattle and have twirly horns, bushbuck, eland, and kudu are also common in these areas. There is a great selection of antelopes too, of varying sizes. From the miniature steenbok, to springbok and gemsbok, to impala, tsessebe, red lechwe, reedbuck, waterbuck, marshbuck, to a couple of species classed as ‘horse-like’, sable and roan, the variety is simply astounding! We never tire of spotting and naming these wonderful animals. 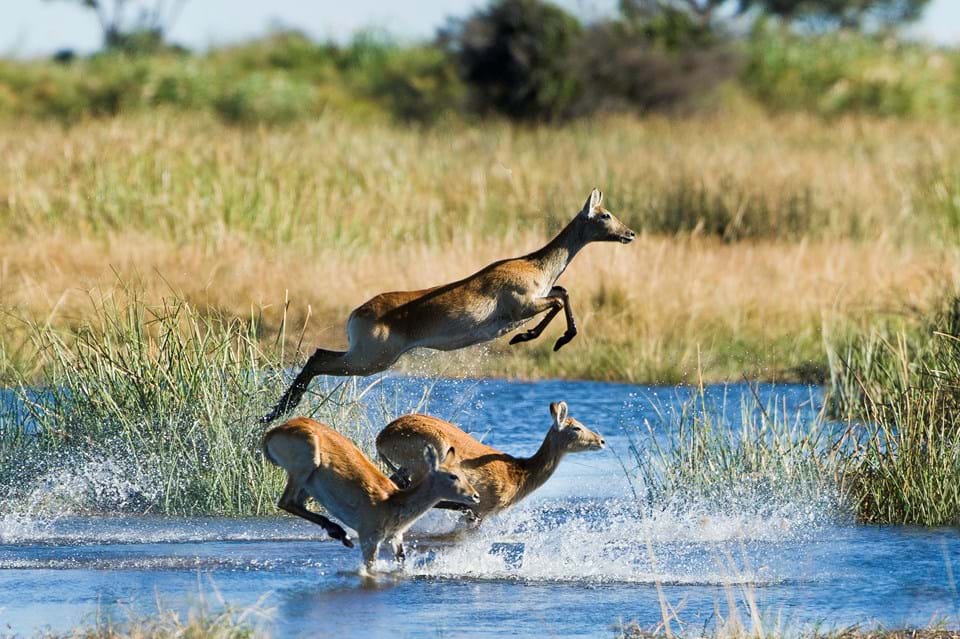 Looking out for mongoose is also fun in Botswana. The Delta has a particularly broad range of these carnivorans, distinguished from carnivores by the presence of the birth placenta. Including banded, dwarf, grey, slender, and water mongoose, playing ‘What’s My Mongoose?’ is a fun-filled way of getting to know the species! 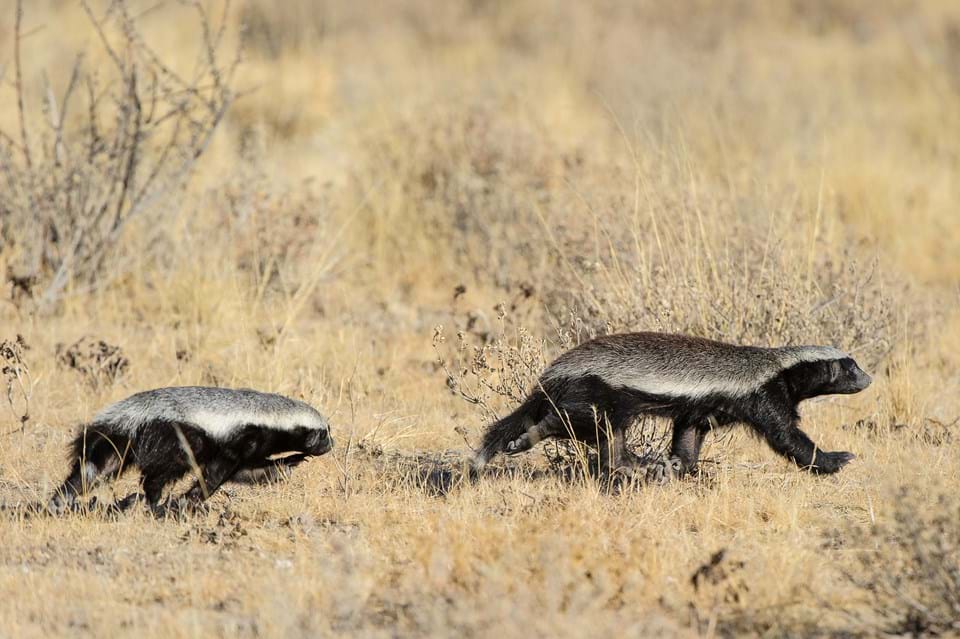 Before we look at the drier areas, let’s just pause by the rivers of the north. Aha, hippos! As you would expect, these humungous herbivores love to wallow in the water sources of the Delta, the Linyanti, and Chobe National Park. Crocodiles are often seen too, as well as two types of otter – Cape clawless and spotted-neck – and terrapins, swimming or sunbathing on sunwarmed rocks. 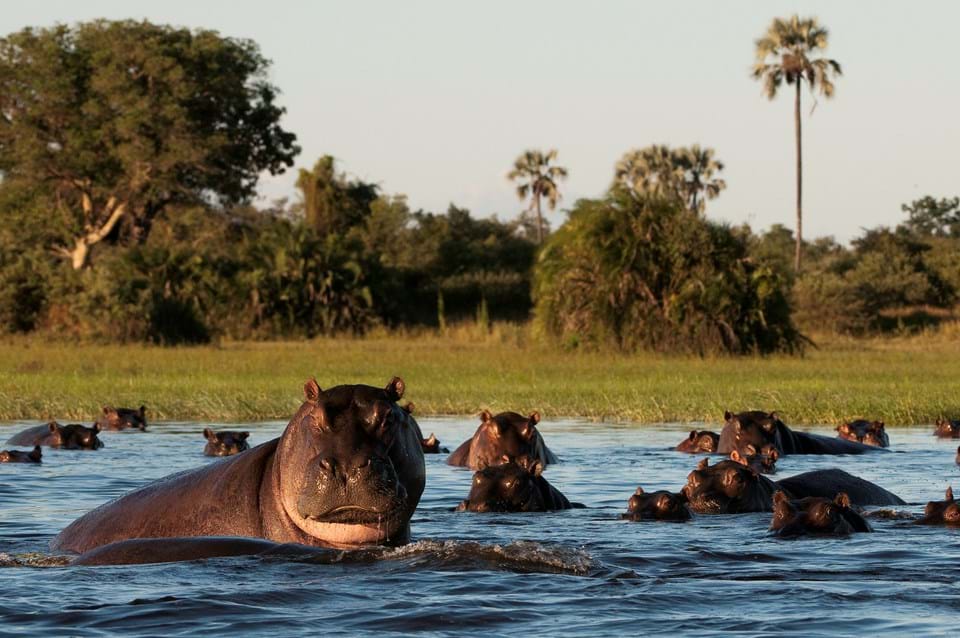 Now we turn to The Pans and the Central Kalahari. The Pans is interesting because it varies considerably from season to season. When the weather is dry, it consists of a series of vast salt pans that attracts only a few species of wildlife. However, when the rains move in, those pans are transformed into lakes and the game viewing becomes far more productive. We’ll look at green season here first, before checking out dry-season and Central Kalahari wildlife. 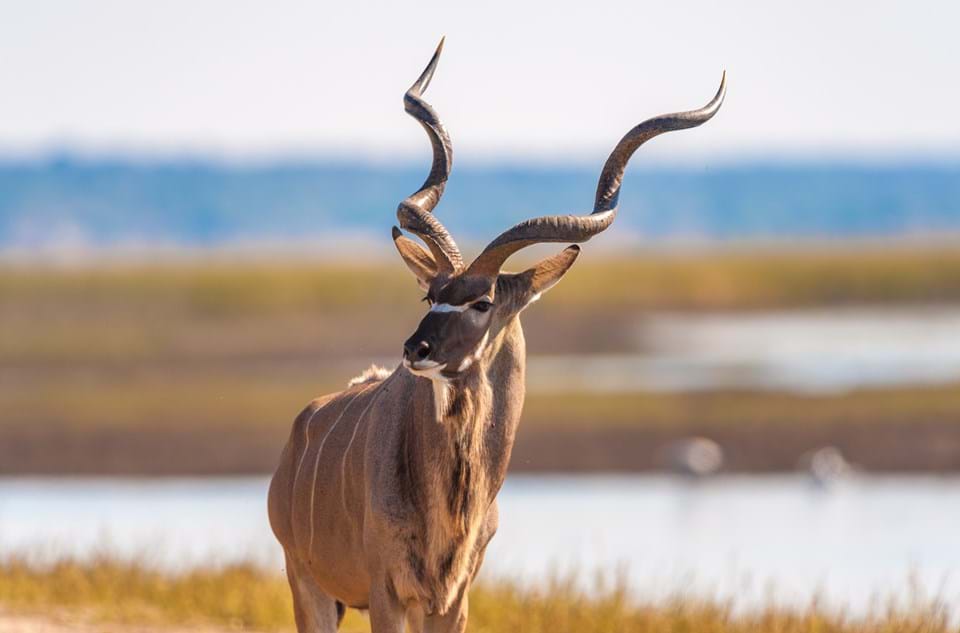 Well, the green season is so green in The Pans that the area plays host to a big wildebeest and zebra migration! This is not on the scale of the Great Migration of Tanzania and Kenya, but it is well worth watching nevertheless. The areas between the pans, sandy during the dry season, sprout long grasses, so the herbivores have plenty to eat as well as good drinking. And just as in the Great Migration, lots of predators follow the grass-eaters into the region. Lion, leopard, cheetah, even wild dog skulk around the newly created water sources. Hyena are on hand too, to clean up after each kill. 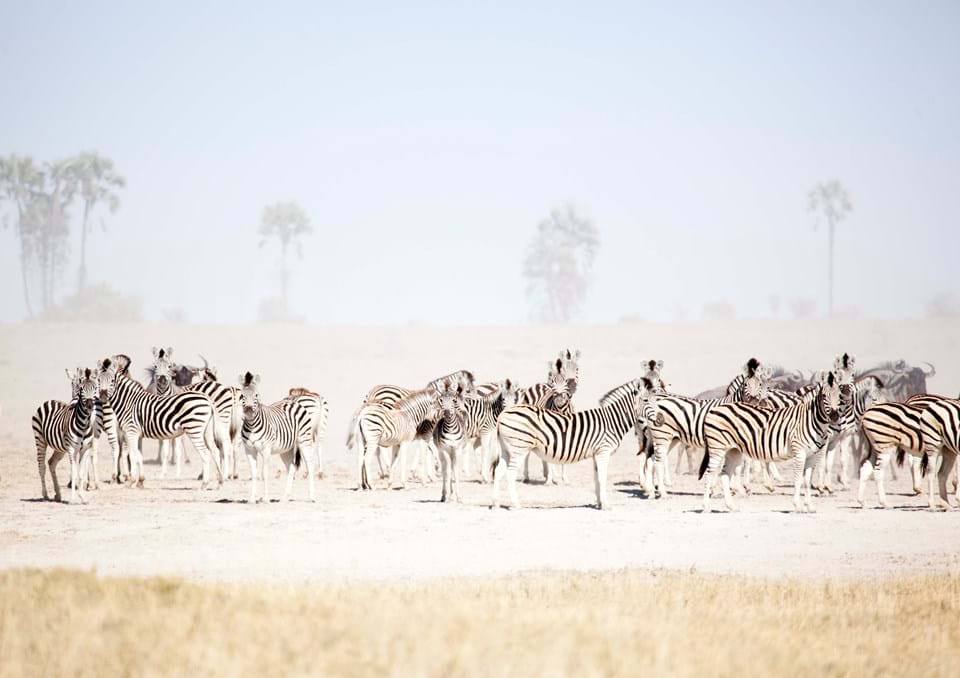 The Pans becomes a dream destination for birders during this time of the year, as ducks, geese, storks, flamingos, even the rare wattled crane enjoy the fresh water. Naturally the birding in the north of Botswana is amazing too! Bitterns, cormorants, egrets, fish eagles, grebes, herons, ibises, jacanas, kingfishers, plover, rails, shags, stilts – and that’s just a small selection of waterfowl. Songbirds are numerous too, as are raptors such as buzzards, eagles, goshawks, harriers, kestrels, sparrowhawks, and vultures. With a few rarities to spot – brown firefinch, coppery-tailed coucal, and pink-throated longclaw, for example – it is a very good idea to remember your binocs! 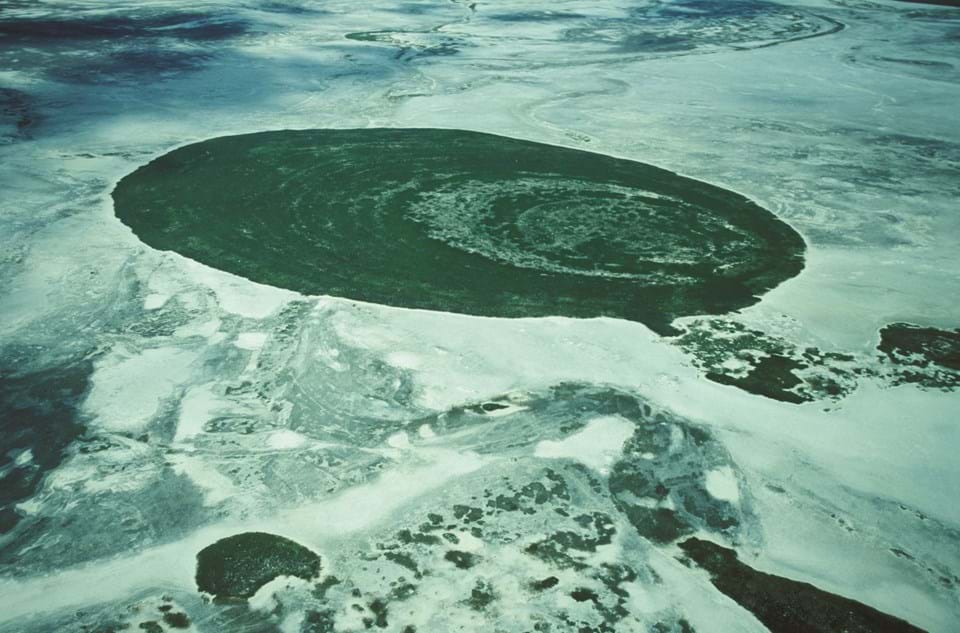 Most of the birdlife of The Pans recedes with the waters, but a few species remain. Ostrich, plovers, and the secretary bird linger on the fringes, and many visitors appreciate the challenge of searching for these tenacious types! A few snakes, lizards, and tortoises stay too, and the mammals in residence include aardvark, aardwolf, and the marsh mongoose, also known as the meerkat. Meeting the meerkats of The Pans is a real highlight of any trip here – they are absolutely charming! 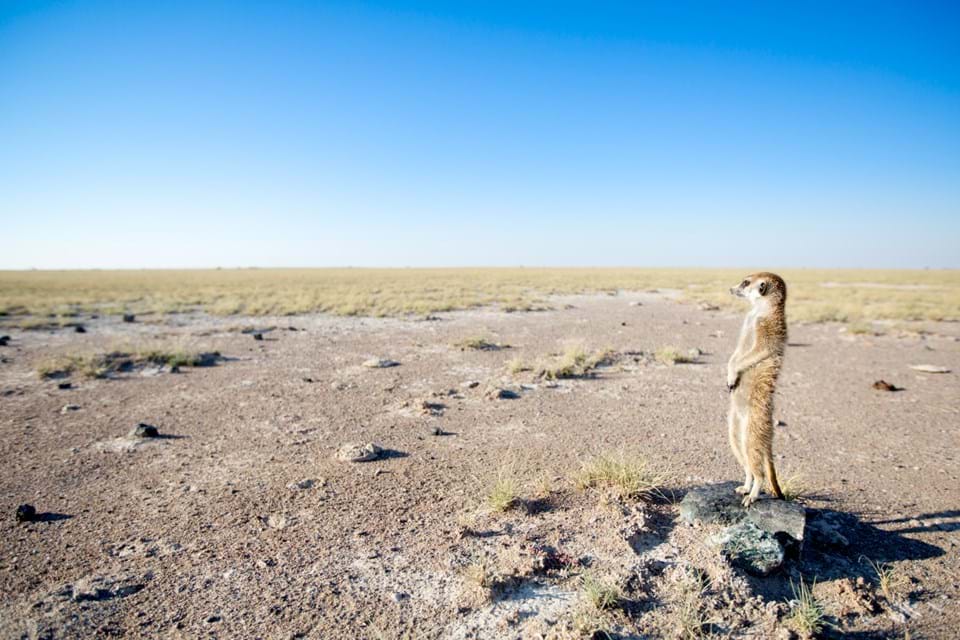 Finally, let’s look at the Central Kalahari region. As mentioned above, this has the Big Two, lion and leopard, rather than the full Big Five. However, if you feel like visiting a remoter area than the better-known parks and reserves, the Central Kalahari might just be your perfect pick. There are cheetah here too, as well as the bulk of all the herbivores found in the northern parts of Botswana. It is just that you have to search pretty hard for the wildlife! But once you have found it, and once the sheer beauty of the area has shone through, you will not wish you were anywhere else. It’s spellbinding here! 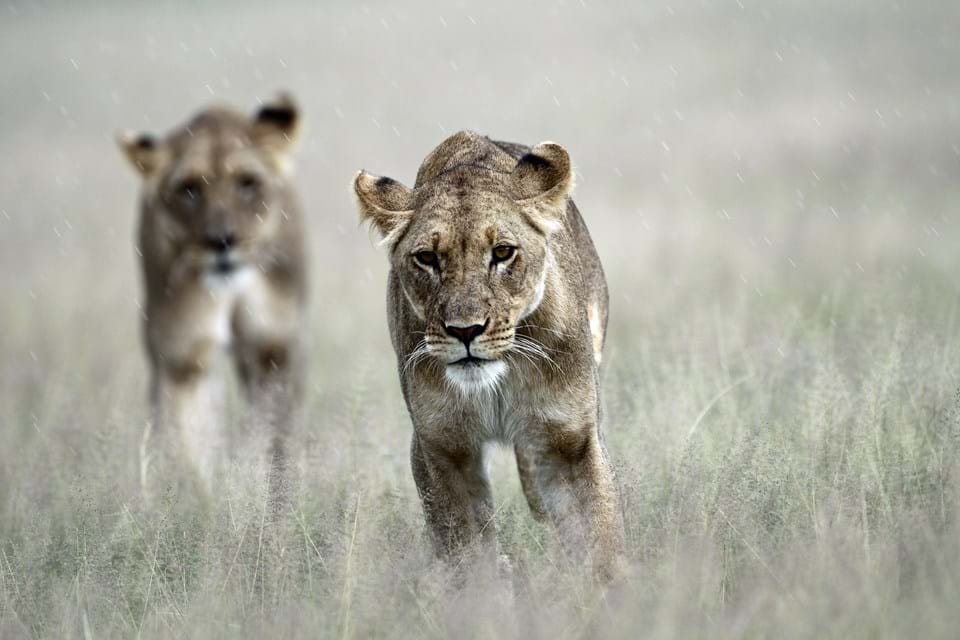 So, in summary, Botswana may be a land of contrasts in some respects, but wherever you choose to spend your safari time you will not be disappointed. The Delta, Moremi, the Linyanti, Chobe, The Pans, the Central Kalahari… if any of these areas appeals, just let us know! We can make sure you get the best of Botswana, including excellent opportunities to view any particular wildlife. 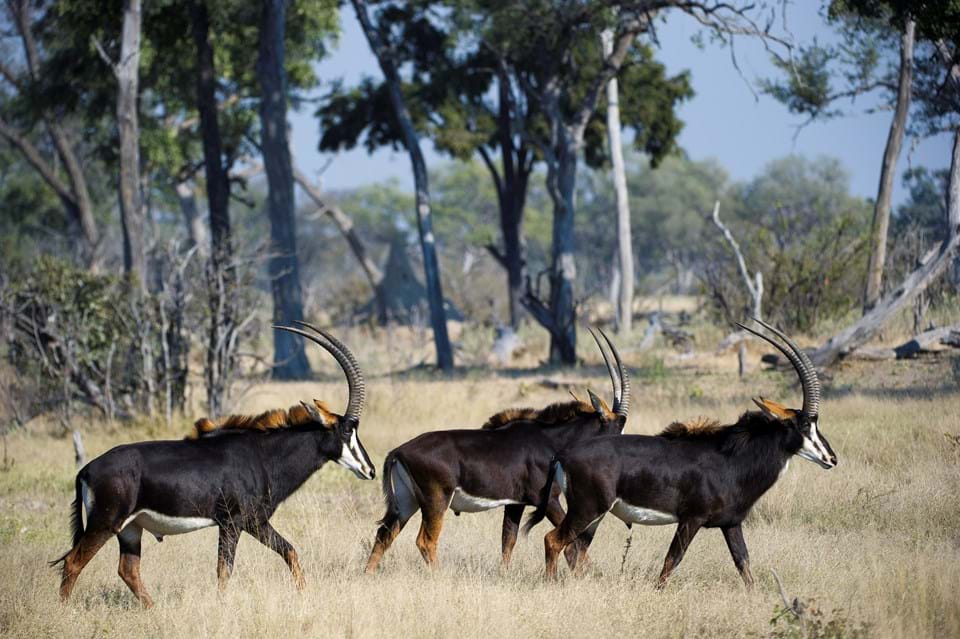