White and black rhinos were once widespread across the far reaches of southern and eastern Africa; however, today the African rhino exists only in a few protected parks and reserves. If you’ve ever spotted one in the wild, with its mechanical-look legs and tank-sized body, you’ll know how special these creatures are.

Below, we’ve selected our top places in Africa to see rhino, from walking safaris in remote Zimbabwe to conservation excursions with the ‘Save the Rhino’ trackers in Namibia. All these destinations have suffered from illegal poaching in the past, but are now sharing their success stories in conserving and protecting the hefty herbivores.

With large tracts of semi-desert wilderness, Damaraland is remote, exclusive, and often difficult to get to – but the rewards of travelling to this part of Namibia are well worth the effort. Damaraland, and specifically the Palmwag Concession, is home to a collection of desert-adapted wildlife that includes the largest free-roaming black rhino population in Africa, so your chances of spotting rhino are significant here. 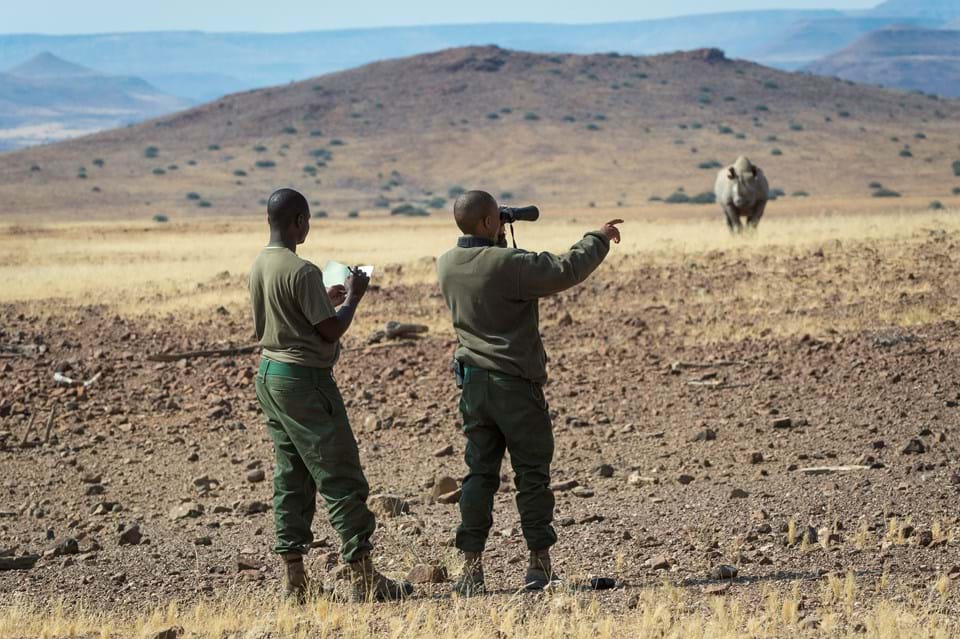 Recommended lodge: Desert Rhino Camp works in conjunction with Save the Rhino to offer one of the finest rhino-viewing experiences in Africa. Consisting of just eight Meru-style canvas tents, the camp lies among 450,000 hectares of rolling, rocky hills that make up the Palmwag Concession. A typical rhino-tracking excursion sees you setting out with the Save the Rhino trackers, who keep records of the rhinos’ movements, on a morning game drive. Once the rhinos have been located, you’ll approach on foot to see this rare, desert-adapted species.

The Lewa-Borana Landscape has done something that very few areas accomplish. They started out with just 15 black rhinos, and have successfully created a safe haven for both black and white species over the course of 30 years. As of 2017, the rhino population here consisted of 83 black and 74 white. Currently the region supports 20 per cent of Kenya’s entire rhino populations as a result of the mighty anti-poaching endeavours – and in the last three years, not one rhino was lost to poaching. 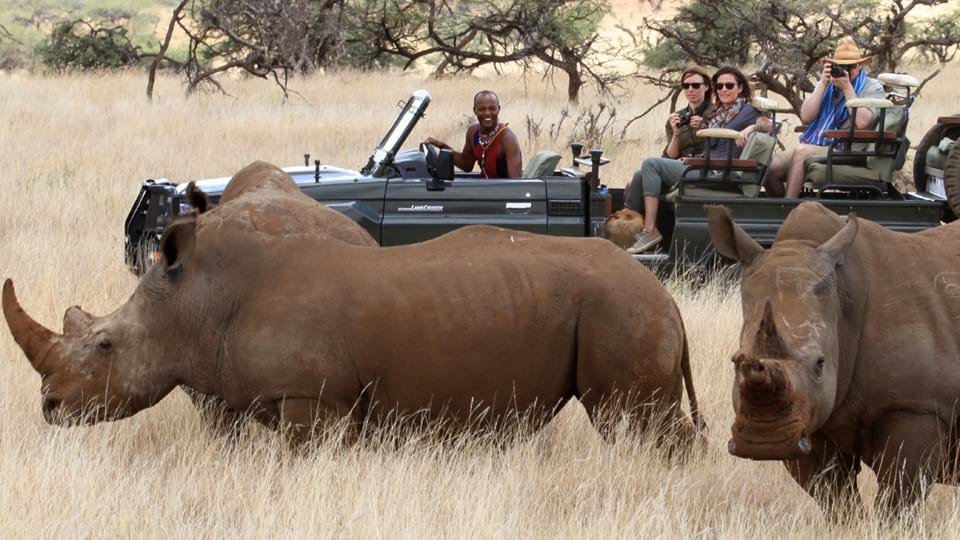 Having removed the fences that separate the two conservancies, management staff of the newly named Lewa–Borana Wildlife Conservancy invite guests to go behind the scenes to learn about the invaluable wildlife conservation efforts. Guests can form part of the ranger team to track, locate, and count big game species, as well as monitor rhinos with telemetry receivers.

Matobo National Park has a sad history – almost half of its rhino population was poached violently in the 1990s and 2000s. In a bid to protect the wildlife, Zimbabwe’s national park management authority and Matobo Rhino Trust decided to implement harsh anti-poaching protocols and to provide round-the-clock watch of the resident white and black rhinos. Thanks to these unfaltering efforts, the last five years have been a great success story for the project. Now, hidden among the phenomenal balancing rocks, the ancient cave paintings, and the scenic resting place of Cecil Rhodes, is a team of dedicated guards who protect the lives of the area’s remaining rhinos. 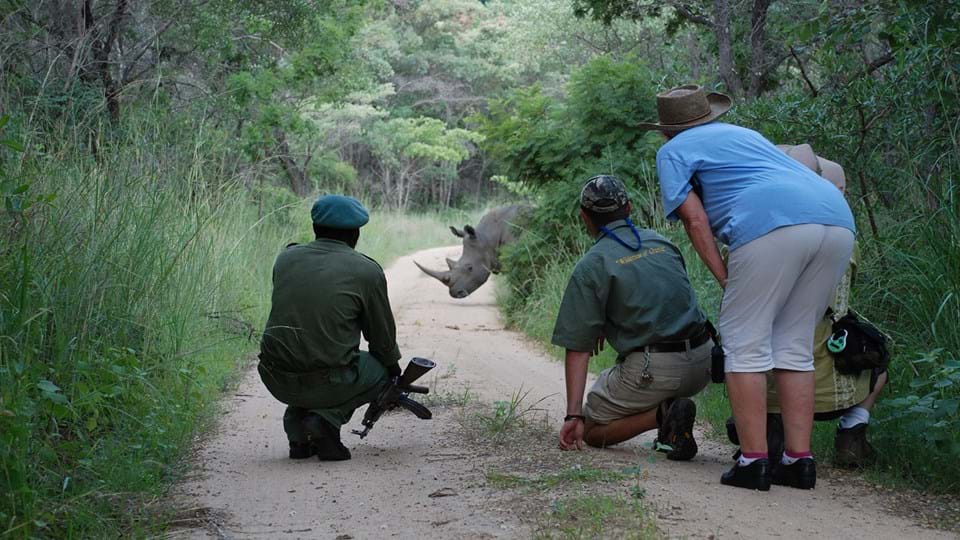 Recommended lodge: Staying at Camp Amalinda, you can take part in their morning or afternoon rhino-walking excursion for an unforgettable experience. Having met up with the national park’s guards, you will follow in their direct footsteps (to minimise noise) and come into close proximity with the rhinos – as rhinos have poor eyesight, you’ll be blown away by how close you can get.

Like Matobo Hills in Zimbabwe, the Okavango Delta has also seen a mass wipe-out of its rhino population due to illegal poaching. By 1992, the black rhino was classified as ‘locally extinct’ and the white rhino population was estimated at just 19. The last survivors were rounded up and moved to sanctuaries, where they were hidden but protected. Now, thanks to Wilderness Safaris, Great Plains Conservation, and the Department of Wildlife, slowly but steadily the populations have been growing in Botswana and the rhinos are being released back into the wild. Following a promise to introduce 100 rhino into the Okavango Delta, 77 have already been making the area their home, resulting in a wonderful destination in which to encounter these great creatures. 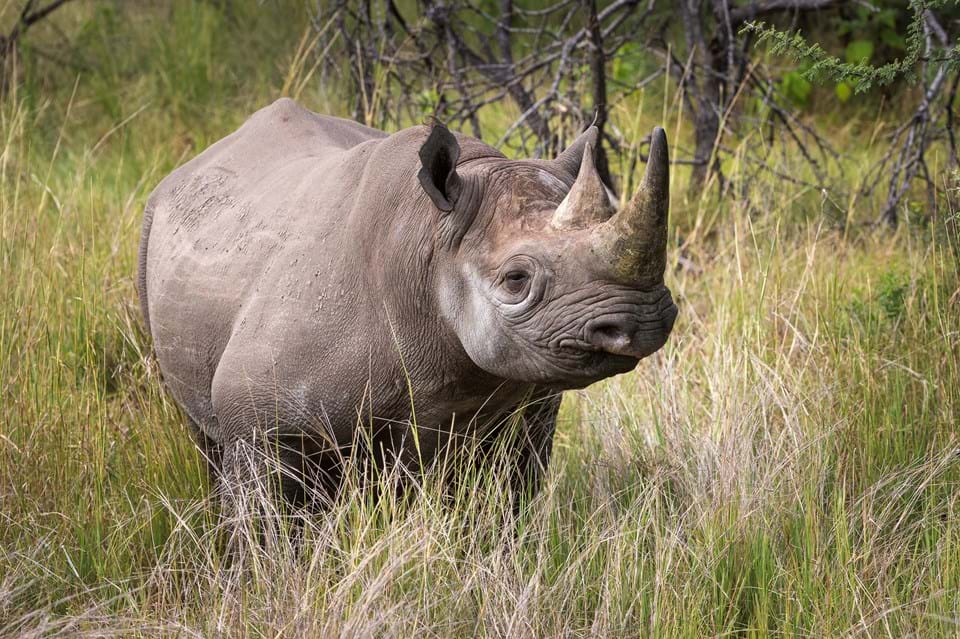 Recommended lodge: For a Wilderness Safaris camp, we like Mombo Camp, which is located on the north-west tip of Chief’s Island in the Moremi Game Reserve and has recently undergone a massive rebuild. Each tented room has been demolished and a new one built in exactly the same place, with recycled ‘twisting’ balustrades, boardwalks that take a weaving course so as not to disturb the elephant pathways – and the rooms themselves are divine en-suite tents with private verandas. For a Great Plains Conservation property, we’d suggest Duba Plains, one of our all-time favourite places to stay. From its Big Five game to its traditional yet stunning tented rooms, this camp is located in the heart of the delta and has just five tents and one suite, all elevated with views over the plains and water channels. These camps are eco-luxury at its height and a great choice for witnessing the new rhinos of the Okavango Delta.

This list would not be complete without mentioning the wondrous Sabi Sand Game Reserve. Although it’s known first and foremost for its unparalleled number of leopard sightings, the Sabi Sands is also famous for sightings of all Big Five species in one day (though please note this isn’t guaranteed). With just a handful of luxury lodges in this corner of the Greater Kruger, guests can expect a superb level of exclusivity when encountering big game such as both black and white rhinos. 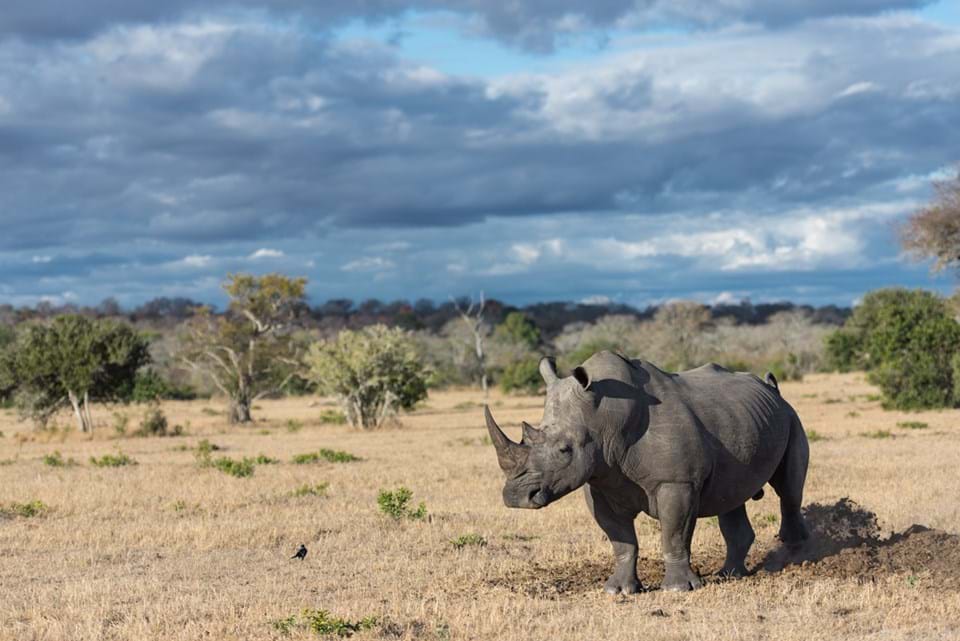 Recommended lodge: YZ expert James H recently visited &Beyond’s Kirkman’s Kamp and was very lucky to spot two rhinos mating and doing their conservation duty. Kirkman’s is a charming colonial homestead with a very special river view. It has a croquet lawn, a swimming pool, and tennis courts, so when guests aren’t enjoy the morning and afternoon safari activities, they can take part in some very pleasant pastimes.

Witnessing black rhino in one of Africa’s most famous national parks is seriously special, especially because it is one of the few places where you can view these creatures in such an open habitat. Usually, rhino sightings go hand in hand with thick or dense bush because of the species’ poor eyesight – but not so in the Serengeti. Although sightings are rare, if guests do spot black rhino in this area, they are looking at some of the most expensive animals in the world, just standing in the open.

The Serengeti’s peak population of more than 1,000 rhino dropped to only 2 in just 50 years. This shocking devastation led to the launch of a multimillion-dollar relocation programme backed by the Grumeti Fund. Now, thanks to GPS chips, highly vigilant guards, and specially trained rangers, guests are starting to see rhino in the Serengeti again, in a heralding of the costly efforts of the last decade. 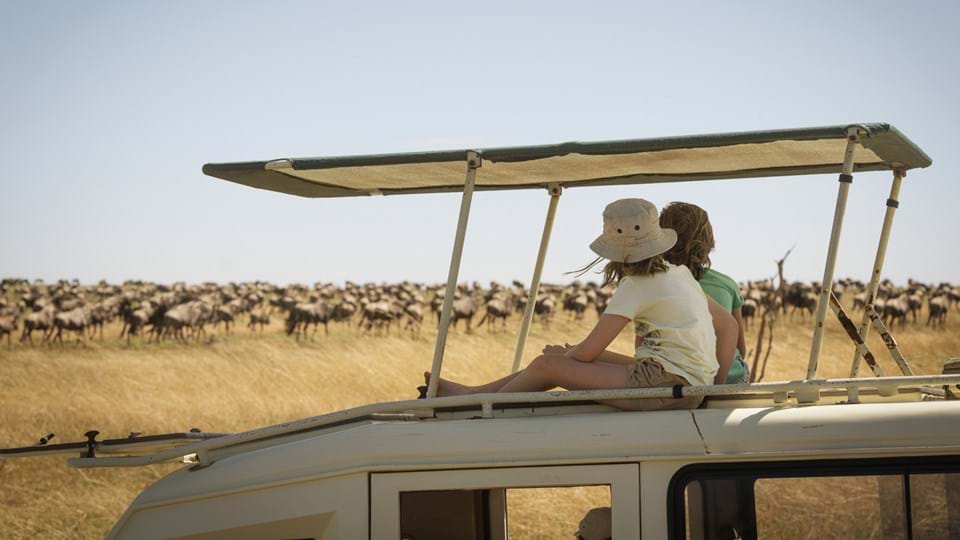 Recommended lodge: Serengeti Safari Camp is a tented mobile camp that changes location based on the wildebeest migration. However, viewing hundreds of thousands of wildebeest is not the only game-spotting activity available. On daily drives in this part of the northern Serengeti, guests can enjoy sightings of herds of elephant, countless big cats, and the occasional millionaire rhino.