Encountering the Maasai and Samburu Tribes in Kenya

When considering a safari holiday, many people first think of the wildlife experience – game drives and searching for exotic creatures, sleeping in the African bush surrounded by the sounds of nature… and of course this is a big part of the adventure! However, for a more holistic experience it is important to consider the people too. After all, local people staff safari properties and African cultures are so different from that of the average safari-goer that learning more about them makes for a truly fascinating activity.

The cultural tribes of Kenya

Kenya is a very diverse country, with at least forty different cultural groups, who speak a number of different languages – Swahili is used as the common, national language and the official language is English. For many visitors, the best known of the Kenyans are the semi-nomadic pastoralists, the Maasai and the Samburu, who herd mainly cattle, but also keep goats and sheep. The two groups are related, but distinct. The Maasai inhabit southern Kenya and northern Tanzania, near many of the most popular game parks, while the Samburu live in north-central Kenya, above the Equator. Both speak slightly different versions of the ‘Maa’ language. 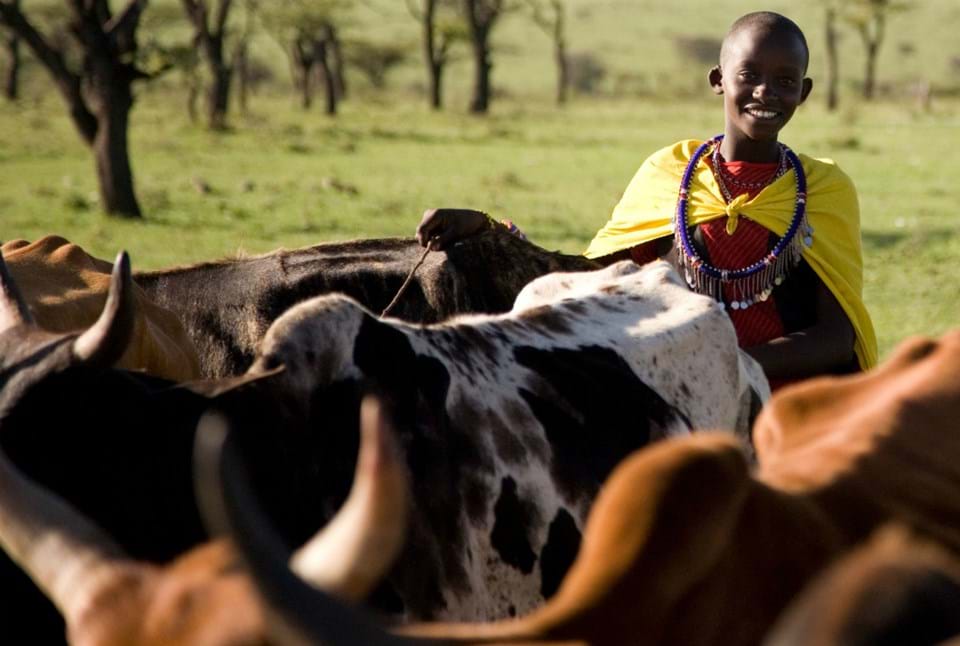 The traditional ways of life for the Maasai and Samburu tribes

The Maasai and Samburu live in a village known as an nkang or a manyatta, which consists of a circle of houses and animal pens, surrounded by an acacia thorn bush fence to protect from predators. In both cultures a man may have multiple wives and each wife will have her own house, which she builds out of sticks, mud and cow dung, with help from other women. In both societies, male elders are top dog and decide most major matters, including arranging marriages. The measure of a man’s wealth is in cattle and children – the more, the better! Young boys are sent out with the grazing livestock almost as soon as they can walk, while girls are responsible for chores learnt from their mothers, such as cooking and milking. Unmarried younger men are notoriously naughty, often cattle-rustling and fraternising with girlfriends – they are not thought to have reached maturity until they become ‘morans’ (warriors) between 12 and 25 years of age (the initiation only happens once every 15 years or so).

One rite of passage when a boy becomes a moran is the painful circumcision ceremony. The procedure takes place without anaesthetic and the boy must endure it in silence and without any expression of pain. Traditionally, another rite was the hunting and killing of a lion, although this is now changing due to conservation concerns and education. Lion killing is banned in south-east Africa and there are schemes to compensate herders when their livestock is killed or injured by a predator, to prevent revenge killings. Warriors wear their hair in long braids coated with animal fat and orange ochre and spend much of their time on walkabouts, trading cattle (as opposed to stealing them as they did when they were younger!). When warriors graduate to become junior elders (to make way for the next set of morans), their long hair is shaved off.

Both men and women wear pieces of fabric or sheets wrapped around them in a traditional fashion. The favoured colour is red, but other colours and patterned designs are worn and often have a specific meaning. They wear simple sandals, which were once made of cowhide but are now often made of tyre strips and referred to as 1000-milers (the distance they can take you before wearing out!). Bead working, done by women, creates ornaments and jewellery that also have particular meanings and denote identity and status. Both men and women wear the decorations – necklaces, collars, bracelets, headdresses, and even decorations for sticks and weapons! In former times, beads were made of local raw materials, such as clay, shells, ivory, seeds or bone, but nowadays glass beads in plain colours are preferred. 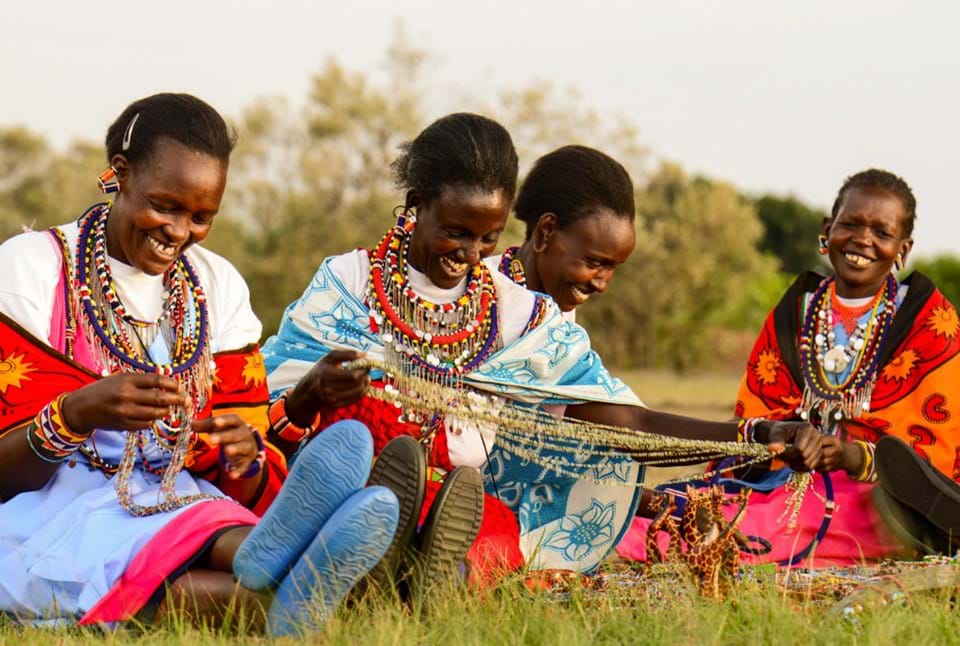 Cow and goat milk, drunk either fresh or fermented, traditionally makes up a large part of the diet while goat or sheep meat is eaten most commonly, though not regularly – meat from cattle is usually reserved for ceremonial occasions. Fruit and vegetables were not consumed at all. Nowadays, maize meal is made into porridge and makes up another large part of the diet, along with tea, which is made with a lot of milk and large quantities of sugar, when available. Blood is taken from both living and slaughtered animals and can be prepared in a number of ways for consumption – it may even form a whole meal!

Traditional Maasai and Samburu music is very distinctive and consists of a chorus of throat-singing harmonies with a song leader who carries the melody. Lyrics follow a theme and are typically repeated while neck movements accompany the singing. It is an extremely special experience to hear a Maasai song performed around a camp fire under the huge African sky. During the moran initiation ceremony the warriors perform a competitive jumping dance, leaping straight upwards with a narrow posture and never letting their heels touch the ground. The ‘best’ warriors jump the highest. 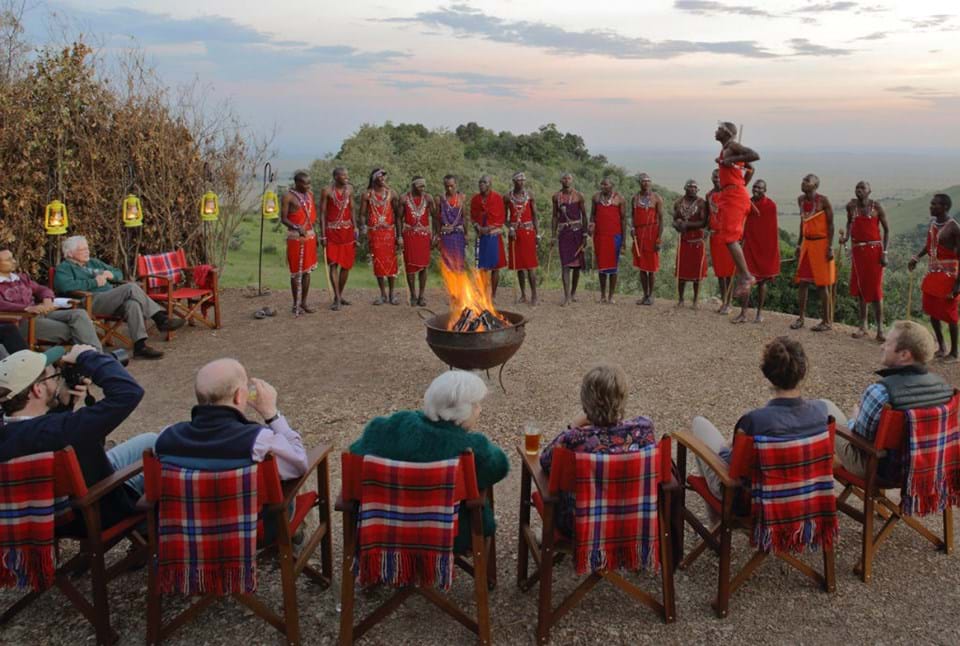 In safari lodges located in their local area, it is likely that your guide, as well as many of the other lodge staff, may be from these tribes, although the majority still live very traditionally, relying mainly on their herds for money and food. Many clans welcome visitors to their village to experience their culture and purchase handmade goods, such as ornate beaded jewellery. The majority of lodges will be happy to arrange a cultural experience for you if there is a suitable location nearby, so make the most of it – appreciate their rustic homes, hear their amazing music, and see if you can out-jump a moran in his prime!

For lodge recommendations, any properties within the Maasai Mara Conservancies are a good call, such as Offbeat Mara, Ol Seki or Kicheche Bush Camp, or if you are looking at staying further north, you might like to consider Saruni Samburu, Karisia Walking Safaris or Segera.