After they had looked around Zambia, Zeb and Oki decided to explore Zimbabwe. Their guide was Elimu, an enormous elephant! They enjoyed many different activities together, including a microlight flight! Now Elimu writes about the trip. 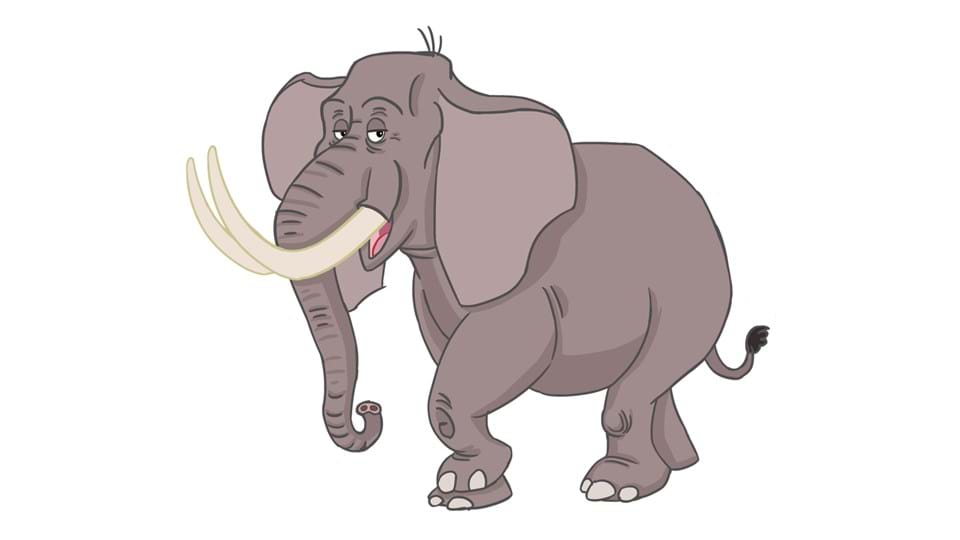 “Mhoro shamwari”, dear children. By that, I mean “hello friend” in Shona! My name is Elimu and I am an African elephant. I live in a national park that is close to the largest waterfall in the whole wide world! The waterfall is called Victoria Falls and my home is Victoria Falls National Park. Hurrah!

Last year, I was in the national park splashing about in the river, which is known as the River Zambezi. This is where I met my good friends Zeb and Oki! They had just enjoyed a safari in the neighbouring country of Zambia and they were standing on the river bank, looking for someone to show them around Zimbabwe. I was delighted to help!

Now Zeb has asked me to tell you a little bit about our travels around Zimbabwe. So I’m going to talk about the areas we explored. And after that, there’s a puzzle and a colouring sheet for you to enjoy!

We began in Victoria Falls. As I have mentioned, this is the world’s largest waterfall! It really is a spectacular sight. If you look at the picture at the top of the page, you can see the water falling down the cliffs and splashing on the rocks below. Splish! Splash!

I’m sure you’re wondering what Zeb, Oki, and I are doing in the picture. We are flying in a microlight! It was a bit of a squash to get everyone in, but we had super views.
The microlights take off from Zambia, so we had to pop across the border to take our flight. However, there are lots of things to do around Victoria Falls in Zimbabwe too! For example, you can take fascinating tours, exciting tram rides, scenic river cruises, and thrilling slides over the river! The area is excellent for safari activities as well. You can go on game drives in Victoria Falls National Park, to see lion, rhino, buffalo, hippos, crocodiles, and many antelope species. You can also see elephants, just like me!

Well, after all these activities, Zeb, Oki, and I were rather tired, so we went to a little place called Stanley’s Terrace for tea. Here’s Oki, tucking into a snack!

After a few days at Victoria Falls, I decided to take Zeb and Oki a little way north-east to Lake Kariba. This is a man-made lake – in fact, it’s the biggest man-made lake in the world!

Lake Kariba was made between 1958 and 1963. Before it was made, the men burned down all the plants in the area where they were going to put it. As a result, the bottom of the lake has plenty of food for fish!

Today there are still enough fish to feed masses of hippos, crocodiles, and birdlife. There are also enough fish for fishing to be a particularly popular thing to do here! You can take part in boating safaris and nature walks too.

Next, we travelled farther north-east, to Mana Pools National Park. The word “Mana” means four in the Shona language – the same language I used at the beginning of this blog, in saying hello to you. There are certainly four large pools here, but there are lots of little pools too!

There are also sandbanks and islets, or little islands. And around the pools are lush forests, with ebony, mahogany, and fig trees. I was not surprised when Oki told me that Mana Pools is thought to be one of Africa’s most beautiful national parks! It really is very charming indeed.

You can see a lot of wildlife on game drives in Mana Pools. Lion, leopard, cheetah, hyena, elephant, zebra, antelopes, monkey, baboon, and some 350 species of birds! One day Zeb, Oki, and I were just passing under a big fig tree, when Zeb spotted a baboon high up in the branches, having a snack! That was one of many highlights of our time here.

For the last part of our tour, we went north-west to Hwange National Park. This park is pretty special too. It has a wonderful range of desert sands, grassy plains, woodlands, wetlands, and some very tall palm trees!

Game drives in Hwange are amazing. There is so much wildlife! All of the group known as the Big Five live here – lion, rhino, leopard, elephant, and buffalo. Zeb was happy to see lots of his family, while little Oki was jumping for joy for all the birdlife!

During the dry months here, it really is very dry, and the wildlife has difficulty finding enough water. Luckily, there are people who are able to help, by making waterholes. Just before the end of our safari, Zeb, Oki, and I spotted these three giraffes having a long drink at one of the waterholes. Hurrah!

I do hope you’ve enjoyed reading about Zimbabwe, dear children. I have so many wonderful memories of my time on safari with Oki and Zeb. Perhaps, one day, you will visit my country and make memories too!

I DO HOPE YOU’VE ENJOYED MY BLOG ABOUT ZIMBABWE! IF YOU’D LIKE TO SEE WHO ZEB AND OKI MET NEXT, FOLLOW THEM TO BOTSWANA. YOU CAN ALSO FIND OUT MORE ABOUT ME AND ELEPHANTS IN GENERAL, BY CLICKING ON THE LINK BELOW.

Follow Zeb and Oki on their next adventure to Botswana.

Learn some fun facts about Elimu and his elephant friends.

After all the excitement of Victoria Falls, Zeb, Oki and I went to a little place called Stanley's Terrace for tea and cakes - yum!

Dear children, I do hope you’ll have a wonderful time looking for my words. As I like trees, I’ve included EBONY and MAHOGANY. But my favourite word is HURRAH! Perhaps you’ll shout “Hurrah!” once you find it.