Mozambique was the third country that Zeb and Oki visited on safari. A giraffe called Jira took them to the sea! Now Jira writes about the happy times they had looking around two groups of islands. 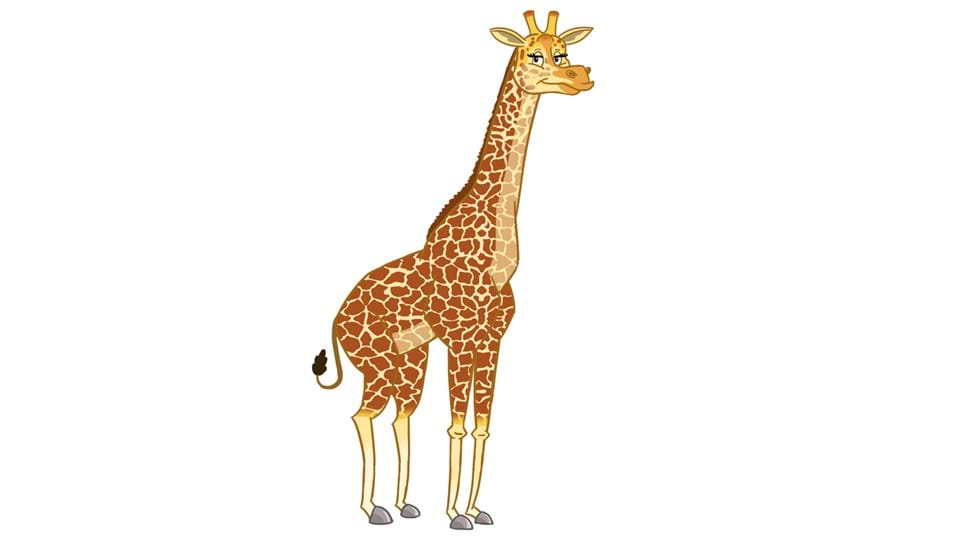 “Ola”, children – that’s “hello” in Portuguese! I am Jira, a giraffe from Mozambique.

I have been asked to write about my country for you, by my friend Zeb the Zebra. It is my pleasure to do this! Zeb and his friend Oki Oxpecker came to Mozambique last year, and I was happy to show them around!

I have two favourite areas of Mozambique, and both are out at sea. So I took Zeb and Oki to the seaside!

We began in Quirimbas Archipelago, which is known as “the Quirimbas”. An archipelago is a group of islands. This archipelago is situated off the northern coast of Mozambique. Zeb, Oki, and I had quite a long journey to get to the coast, but once we were there we found a lilo and we were able to row to the islands! You can see us rowing in the picture at the top of this page. It was fun!

Our journey from the coast to the Quirimbas was quite long too, but it was well worth it. The archipelago is beautiful! There are long stretches of white sands and clear blue waters. It is great fun simply to play on the beach, but you can also enjoy some sailing, fishing, diving, and snorkelling! The reefs around the island are full of colourful coral.

You can expect to see sea turtles too, as well as seahorses, sea cows, whales, dolphins, and hundreds of types of fish!

One day, Zeb, Oki, and I enjoyed an amazing sight! We were relaxing on one of our favourite beaches. Zeb was building sandcastles at the time, while Oki and I were talking about sea birds. There are a lot of sea birds here too! Anyway, suddenly we heard a loud splashing sound coming from the water. We looked up, and it was a huge humpback whale!

After all the excitement, we were sad to leave the Quirimbas. But we had plenty of fun at our next stop! That was Bazaruto Archipelago, which is located off the south coast of Mozambique. This too is a lovely group of islands! They have charming names, such as Benguerra, Santa Carolina, and Pansy Shell.

The activities you can enjoy on Bazaruto are similar to those available on the Quirimbas. Bazaruto has some gorgeous beaches, where you can relax and play. Its seas are full of life – all sorts of colourful fish, as well as seahorses, sea cows, whales, and dolphins. Zeb, Oki, and I loved looking out for dolphins from our lilo! Here are two bottle-nosed dolphins:

We all had such a wonderful time in the Quirimbas and Bazaruto. If you are thinking of going on holiday to the seaside, these archipelagos must be high on your list! You could also visit as part of a trip called a “bush-and-beach”. This is when you go on safari first, and then you go to the sea!

Examples of a bush-and-beach are Tanzania-and-Quirimbas and South-Africa-and-Bazaruto. Just imagine… a few days on safari, seeing lots of big cats, elephant, buffalo, and so on, followed by a few days at sea. Fabulous!

I do hope you have enjoyed reading my blog, and I wish you many delightful days on holiday!

WOULD YOU LIKE TO TAKE A TRIP TO ZAMBIA? IF SO, YOU CAN FOLLOW ZEB AND OKI THERE, AND FIND OUT WHO THEY MET! YOU CAN ALSO FIND OUT MORE ABOUT ME AND OTHER GIRAFFES BY CLICKING THE LINK BELOW.

After Mozambique, Zeb and Oki went on an adventure to Zambia.

Learn some fun facts about Jira and her giraffe friends.

One day, Zeb, Oki, and I enjoyed a day at the beach, building sandcastles and relaxing in the sun. Take a look at our seaside selfie!

Welcome to my word search! As I love the sea, there are a lot of sea words – COAST and ISLANDS, for example. And there are plenty of sea creatures too, such as SEAHORSES.